Lexus of Calgary | Blog | What is Forced Induction?

What is Forced Induction?

In today’s automotive marketplace, there is a lot of talk about turbocharged, twin-turbo, and supercharged engines. Though these words are familiar, what do they mean? More importantly, what can these technologies do for you as a Lexus driver? Strap in, and get ready to learn more about the forces driving your Lexus with Lexus of Calgary, your premier Alberta luxury vehicle dealership. 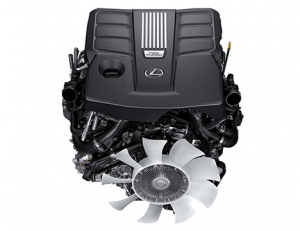 The basic premise of a combustion engine relies upon a mixture of fuel and air being burnt to create a force which is then able to drive the crankshaft, thus creating the rotational energy necessary to move the car. An engine’s size is measured in terms of the maximum capacity of the sum of its cylinders. Think of the 5.0L V8 in the Lexus IS 500, this means that the total volume of all eight cylinders works out to 5.0L. In a naturally aspirated engine, an engine that does not utilize turbos or a supercharger, it can on average fill this space 75-85 percent meaning that a 4.0L for example is really only functioning at the full potential of a 3 to 3.4 liter engine. This calculation as to the maximum fill value of the engine's displacement is what is known as volumetric efficiency or VE for short.

When a supercharger or turbocharger is involved, this can change substantially as instead of just relying on the vacuum created by the engine, air is being forced into the cylinder. In a forced induction engine (an engine using a turbo or supercharger) the volumetric efficiency can be increased beyond 100% to utilize the absolute maximum potential of your engine. The fill is able to exceed 100% because air is a compressible fluid and can be compressed into the cylinders of your car.

Forced induction engines are primarily used for two reasons, the first being fuel efficiency and the second being the added power they can provide. These engines can be more efficient because under normal driving conditions, the turbocharger for example is not being spun up and therefore the engine is functioning as if it is naturally aspirated. In this situation, take for example the twin-turbo 3.5L V6 out of the Lexus LX 600 it would be filling its cylinders to only 75-85% levels which will in turn require the same amount of fuel that an engine with a displacement of only ~2.8L would.

The second reason that forced induction can be so attractive to drivers is the performance that these engines are capable of. We already know that a naturally forced induction is incapable of functioning to its fullest potential however it is also possible for a naturally aspirated engine to function far beyond 100% VE with some high performance engines reaching 150% VE or more. This means that a smaller engine can behave as if it is larger while keeping weight down and day to day fuel efficiency in check.

Lexus offers a wide range of vehicles utilizing both natural aspiration and forced induction. Lexus of Calgary employs a team of highly trained professionals to advise you on which option might suit you best as well as Lexus Academy Trained Technicians to keep them in tip top shape.